If you’ve not seen it yet there’s a story that popped up over the weekend of an angry bride demanding a refund after calling him unprofessional for drinking a pint. That was bought for him by the best man. That was blackcurrant and lemonade. 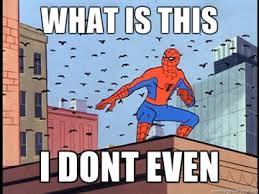 It’s pretty crazy and understandably the piper, Craig Lawrie, a Scottish wedding piper that’s been doing this for a while was having none of it. I know if I see a piper at a wedding I’ve no problem with him having a cheeky pint of juice to cool down. For Craig it’s probably a happy ending, he’s ended up getting a fair bit of free publicity out of the argument, you can find the story from the Daily Record here. To be fair it’s a wee overreaction by the bride and I’m sure when she thinks about it in the future the event will have in no way had a negative impact on her big day, she even went out of her way to praise the piper initially before requesting a refund!

My question to you reader is simple, would you by a Scottish piper a pint whilst he was playing bagpipes at your pals wedding? Let us know in the comments below! Maybe buy Stuart a pint too if you see him!

Yesterday in Belfast the last day of the 2015 Maine Celtic Celebration took place with several athletes competing in the Highland Heavy Games. There included games involving having to throw large stones and throwing heavy weights attached to chains. Not to mention tossing cabers and Scottish hammers. Big lads eh?

There was pipe band music to be found throughout the day which is always appreciated as you can find here. Pipers taken the day off playing wedding music to share their talents with an new audience is always a cool thing.

Whilst I didn’t make it myself I read that something called the New World Cheese Roll Championships took place which sounds crazy and interesting. Apparently different age groups chase rolls of cheese down a big hill, assuming the first to get to it is the winner. Are there videos of this event I hear you cry, to which I say of course there are, albeit I couldn’t find any from specifically yesterday there are tons of cheese rolling videos to be found on youtube.

Anyhow it looked like a fun day out for families in Belfast and I really loved that bagpipers were doing there thing. More information about the event can be found here!

Did you catch any Scottish pipers (or any pipers really) this week? Let us know in the comments below! Did you have anyone play at your wedding? Any Scottish wedding piper stories are always appriciated!

Seeing as the festival was just this past weekend I thought I’ share with you one of my favourite memories of T in the Parks from the past. 6 years ago in 2009 the mighty New York rockers The Yeah Yeah Yeahs played the main stage of T in the Park and brought with them the East Kilbride Pipe Band to help in there rendition of ‘Skeletons.’ 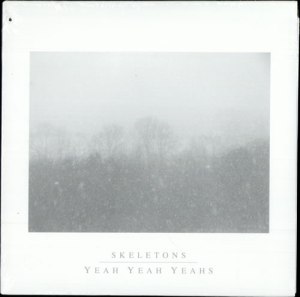 That’s right, pretty much at their peak Karen O and friends played one of their best songs with a pipe accompaniment! It was a pretty cool moment from one of the coolest live acts I’ve ever seen and the crowd went mad for it!

I did a wee google search and was able to find the performance in question which you can watch below. It’s pretty crazy to me that it was 6 years ago, the landscape of popular music has changed pretty dramatically in that time. I had a look at the line up for this years T in the Park and barely saw anyone I’d be interested in seeing, although based on reports of the state of the new site i’d say I dodged a bullet not going this year.

What are your favourite T in the Park moments? Any of them involving bagpipes? Share in the comments below!

The Piping Live! Festival is held every year in Glasgow by the fine folks at the National Piping Centre, it’s about to go into it’s 12th year and has been described as the largest bagpipe festival in the world! It’s running this year from the 10th till the 16th of August and is going to bring something unique and special to the city of Glasgow with performances all around the city.

For instance on the first day there’s tons of performances occurring down at the city’s George Square which definitely has the potential to be memorable. There will also be performances for all the public at Buchanan Street, here’s a cool photo just next to the Buchanan Street steps: 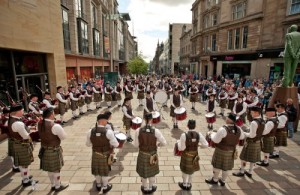 These one’s seem to be free and there are several more, all reasonably priced, occurring over the week. For more information you should 100% check out the Piping live! website (the events page specifically) which can be found here. While you’re at it might be worthwhile to give them a wee follow on their twitter feed @GlasgowPiping.

Curiously there are several stories on the website stating that the festival already kicked off back in the Springtime which means that people have been able to enjoy performances around the city for a lot longer in the build up to the festival proper in August.

The artists in attendance make up an exhaustive list of the who’s who of piping in Scotland and around the world including performers from New Zealand, Columbia and Belgium!

We’re definitely going to make our way down to a few of the performances as this is a unique opportunity to catch a ton of bagpipes! Overall the organisers expect 50,000 people to enjoy the 200 events and 8,000 performers (!) that make up the festival! Can’t wait!! 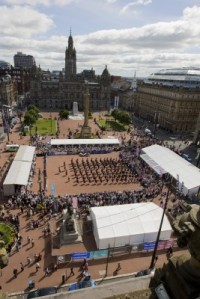 This video is so cute! Watch this adorable wee dog sings along with the bagpipes in a video that will but a smile on your face. The pooch can’t resit joining in with the bagpiper, wagging his wee tail as he goes.

I’m a sucker for a sweet dog video, what can I say? If it doesn’t put a smile on your face then I can only guess you have a heart of stone. PURE STONE!

Any fun viral bagpipe or Scottish Wedding Piper videos you’d like to show us? Feel free to put them in the comments below. Until then make sure to visit here if you’re looking for a piper for a wedding or function.

The Unipiper, Portland’s favourite bagpipe playing unicyclist, apparently had a moment in the sun last month on American TV. The piper featured on the massively popular America’s Got Talent, auditioning in front of judges including shock jock DJ Howard Stern, model Heidi Klum and Howie Mandel (I’m not sure who that is.) No idea how he did, although if this picture is any reflection he at the very least looked awesome, dressed as Uncle Sam this time. 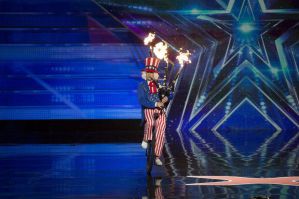 Obviously he left the Darth Vader mask at home but hopefully he’ll get the chance to perform the Star Wars theme on national TV again, possibly by the time The Force Awakens is released! I can’t find the video online but I imagine it’s awesome, hopefully this guy keeps getting exposure, maybe one day we’ll be able to book him as a piper for our wedding. Maybe a Scottish wedding piper will steal his gimmick! Who knows!?

You can like the Unipiper on Facebook here. If you haven’t watched his videos already then you’re missing out and we recommend them wholeheartedly!

It had to happen, struggling to find new content and having binge watched a ton of Simpsons episodes we give you some of the best moments of North Kilt Town’s favourite son, Groundskeeper Willie. 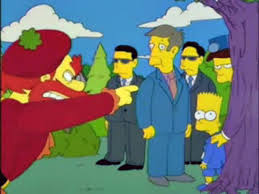 “Congratulations, Simpson. You just fell for our sting and won yourself three months detention. There’s no such thing as Scotchtoberfest.”

Grease me up woman! 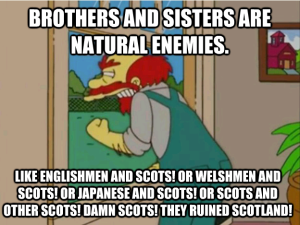 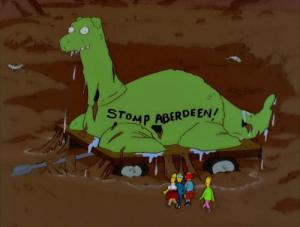 Finally a quote for day to day use. 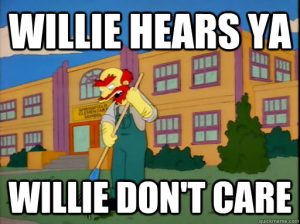 Ok so we’ve missed loads of great moments, let us know in the comments below what your favourite memory of Scotlands piper, bagpiper, groundskeeper, greatest character is!

Till then if your looking for a Scottish wedding piper head here.